Bubblers have been around for a long time. They are very simple smoking devices. It is a hybrid between a hand pipe and a water pipe. They come in different materials like glass, metal, wood and silicone, which are the two best. If you want a new smoking pipe that you can use water to filter, the bubbler is for you.

A bubbler is the perfect smoking accessory if you want to filter your smoke but still have a small enough pipe you can move around with. Bubblers get their name by the bubbles they produce when you take a hit from it, if you have added water to it. If you're the type that likes bong but loves to go out on adventures, you probably want to take a quick smoke break. Bubblers are the way to go.You can either add water or don't, it's up to you. When you want to be discreet, it's best to carry something small. Whether you're out and about or just don't want to be seen smoking in public, it's easier to stash away a small pipe. Compact pipes are usually easier to keep clean anyways. Even though it's not for party environment, it's perfect for you and a friend.

If you want strong potent hits from your herbs, while keeping it lowkey, bubblers are much easier to handle. They also give you a smooth hit as long as your pipe is clean. With the added water as a filter, you can get more flavor from your dry herbs.

One of the most prominent features on a bubbler is the fact that you can use it with water or not. Using it with water gives you a more pure taste along with less toxins that possibly get picked up by the water. A cooler smoke is also better for your lungs and throat.

The different types of bubbler pipes out there incredible. With so many different designs, materials and shapes, there are some that stand out.

There are a lot of things they have in common among each other. They all have a bowl which is where the herb is placed. Although the size of the bowl may vary, they all need it. They all have a water chamber where the water is poured in. This also varies in size. The last portion is the stem which extends fro the chamber to the tip where you smoke from.

Just like it's name, the hammer has a flat surface you can lay it flat. The water chamber sits on the ground while the stem lays flat down also. This is good to lay it down and not worry about it rolling around or falling off your table.

If you have ever watched detective Sherlock Holmes or know of him, you know he also has a pipe in his mouth. The name of this type of bubbler was coined after him because of his notoriety of smoking them. it similar to the hammer because the bottom lays flat on the table so it doesn't roll around. Some of the stems are longer while others have a "S" shape to them. Pendant blubbers are generally a bit smaller so they can be put away quick. However, just like the name, they usually have a small hole somewhere so you can use it as a necklace. No one will ever second guess that.

Sidecar, short for side carb, is a bubbler with a hole on the side of the bowl to carb the smoke. Carbing the smoke is where you open a hole for more airflow, which gives you a bigger hit, similar to a steamroller.  This gives you more a bubble effect along with a more intense hit. An oil rig is a bong for concentrates. Depending on the size, it can it is a dab rig or oil rig. Some are bigger than others but they generally all work with a nail or banger. Instead of using the traditional lighter to heat up your material, you have to use a torch.

How to Use a Bubbler

To start using your bubbler, you want to make sure your dry herbs are ground up. Pour water very slowly down the stem. Try not to pour it down from the bowl because it will get the bottom of the bowl wet. This makes it harder for the herbs to heat up. Pack them in your bowl until it covers the brim. Now you're ready to light it up and enjoy your smoke.

How Much Water Should I Put?

The good thing about bubblers is that they're easy to judge how much water needs to be poured. Because of their small stature, they don't require much. Fill up just under half of the water chamber with water. If you hear it bubble up nice, it's perfect. Too much water can shoot it up the down stem and too little won't work all that well.

How to Clean It

Cleaning your bubbler is very easy. Whether you're using a formula or just hot water, remember to let it soak in a bit. This will clear all the residue off the corners and edges. If you use anything else besides hot water, make sure to rinse it out with warm water.

Using a bristle brush can also help. Use it to clean the down stem and the bowl area as much as you can. 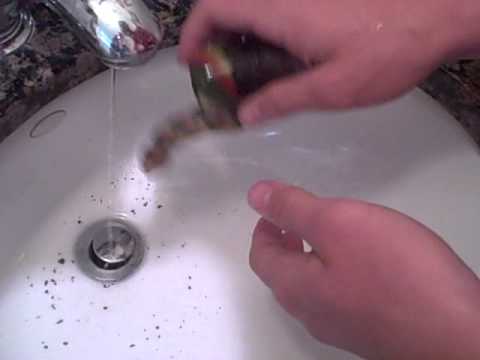 The 6" Elephant Glass Hand Pipe Bubbler is one of our top sellers. Such a novelty yet so efficient, the trunk/stem of this elephant is wide enough to not worry about clogging. With a nice water chamber, you can full it up with water with ease. It's also pretty clear enough for you to see through it. It also has a carb.

Silicone is one of the best materials to use on a bubbler. It makes your pipe unbreakable and freezer safe. It also makes it very heat resistant and non-sticky. The bowl has a glass bowl and it comes with a titanium dabber. The 8" Hammer Silicone Bubbler is the ideal silicone pipe.

When you have more than one chamber, you know it's made ot handle a lot more than usual. The 12" Triple Chamber Glass Bubbler uses 3 chambers to filter water through. The bowl has a carb with a diffused downstem.